We are excited to share that Breakout rooms available now in Microsoft Teams!

Creating meaningful connection can be difficult in larger group settings. Breakout rooms allow organizers to divide the meeting into sub-groups to facilitate discussions and brainstorming sessions.
The meeting organizer can create up to 50 breakout rooms and choose to automatically or manually assign participants into rooms.

Click the breakout rooms button in the meeting toolbar.

Choose how many rooms you’d like—up to 50—and decide whether you’d like to have attendees randomly and evenly distributed among the breakout rooms or if you’d like to organize the rooms manually. 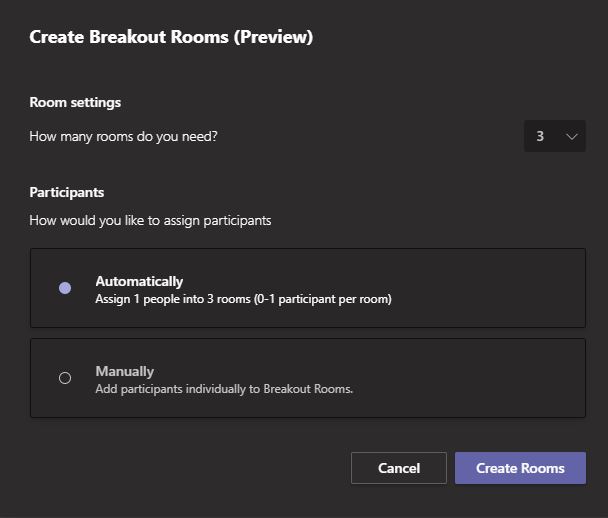 Once created, the rooms should all say Closed next to them; they’re not available to join yet and won’t be until you open them. 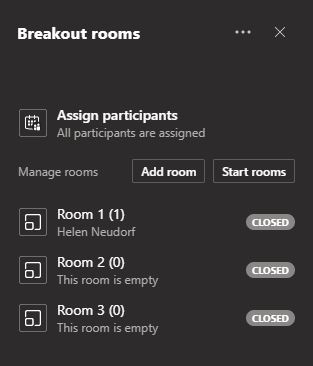 By default, your breakout rooms will be named Room 1, Room2, etc. You can rename these by clicking the ellipses menu to the right of the room name to rename it. 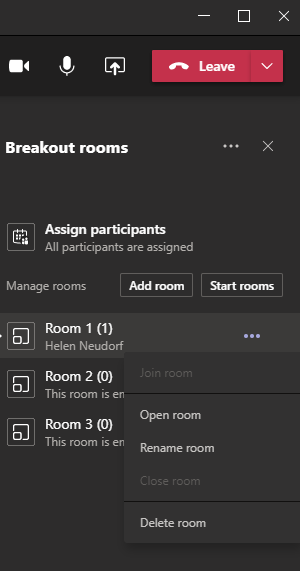 Add or delete a breakout room

Set participants to be sent to rooms automatically (or not)

When you open your breakout rooms, there are two ways participants join: they are either given the choice to join or they are forcefully sent to their breakout room. For corporate environments, being able to choose might make sense, but for classroom situations, you almost certainly want to make sure your students are automatically sent to the breakout room.

To toggle this option, click the ellipses in the breakout room panel, click Settings, and check or uncheck Automatically move people into opened rooms as appropriate to your situation.

Once your breakout rooms are created and you’re ready to split up your meeting into your rooms, click the Start rooms button to start all the rooms at once. Or you can open them one-by-one. 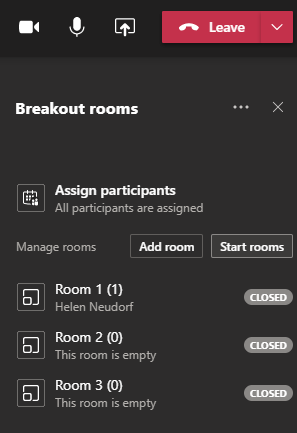 In the event you need to swap people out between rooms, you have the power to do that. 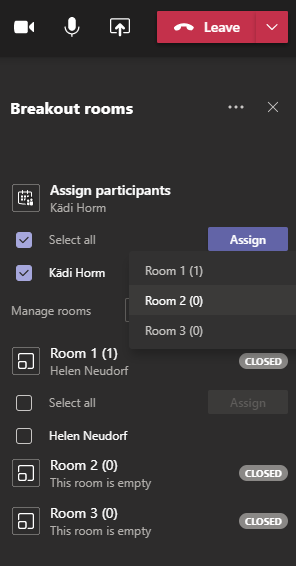 Send an announcement to all breakout rooms

The meeting organizer can broadcast an announcement message via meeting chat to all breakout rooms so everyone in all rooms are informed of updates, changes, or news during their breakout sessions. 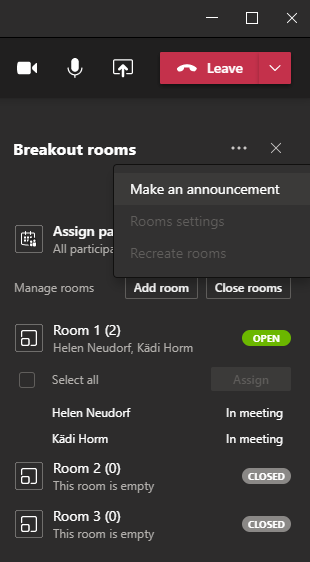 Join a breakout room as the organizer 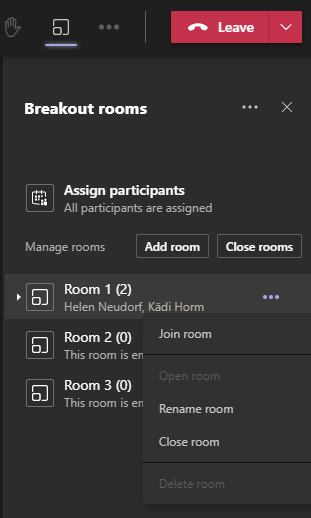 There is no warning that you’re entering the room. If privacy or a general ‘right to know’ attitude exists in your organization, it makes sense to announce that you’ve joined so everyone knows that you’re there. 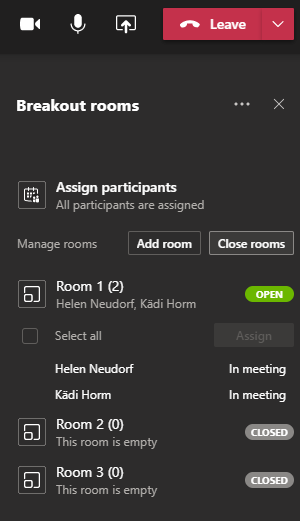 After your breakout rooms

Once you close your breakout rooms, you can actually re-open them if you want. They will have the same artifacts—shared files, whiteboards, things like that—as before so the attendees can work on existing content. Or you can delete the existing breakout rooms and create new ones for a fresh experience.

Breakout rooms can be used by any logged-in or anonymous participant using the Teams desktop or mobile app, at least once you’re out of preview mode. Participants using a dial-in number or certain meeting-room devices cannot join breakout rooms yet. In those situations, use the main meeting room as a breakout room for those people.